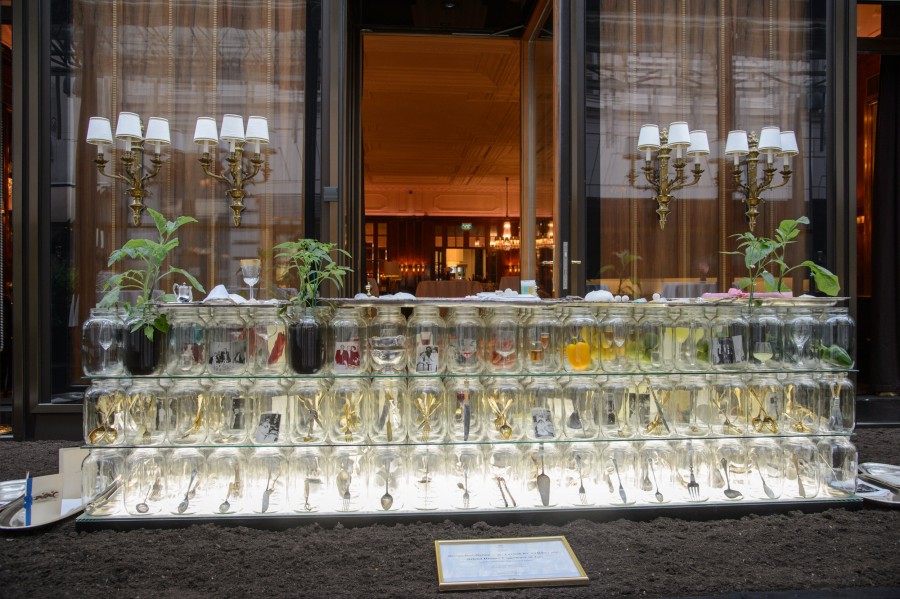 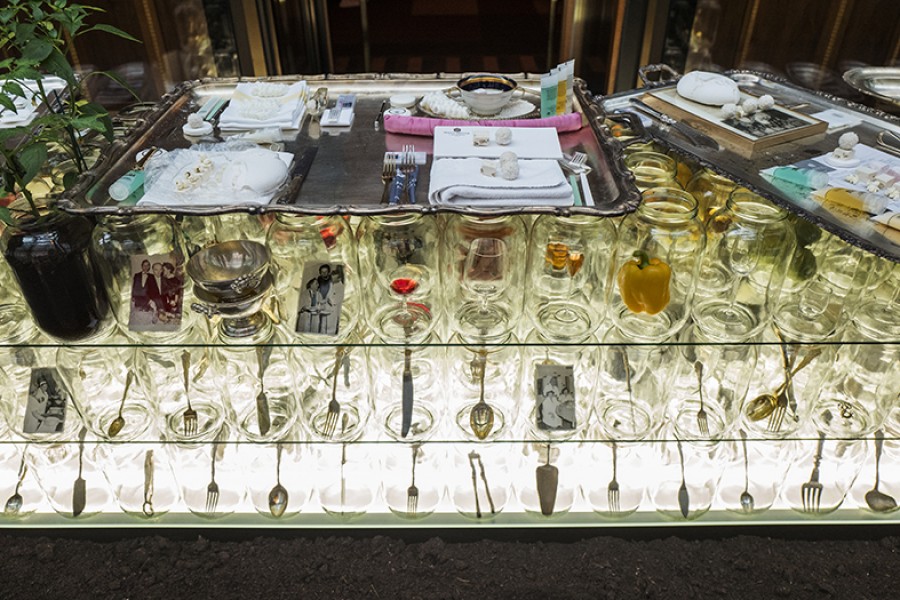 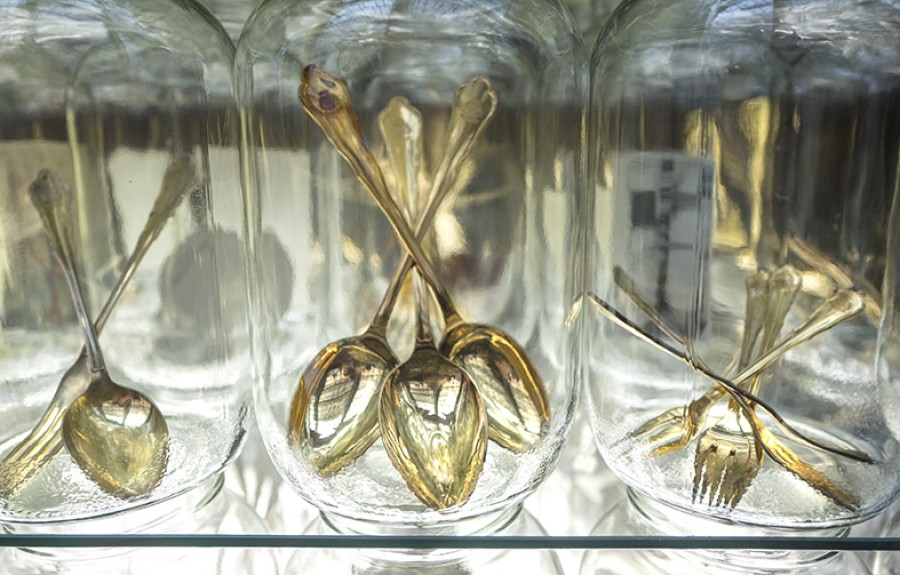 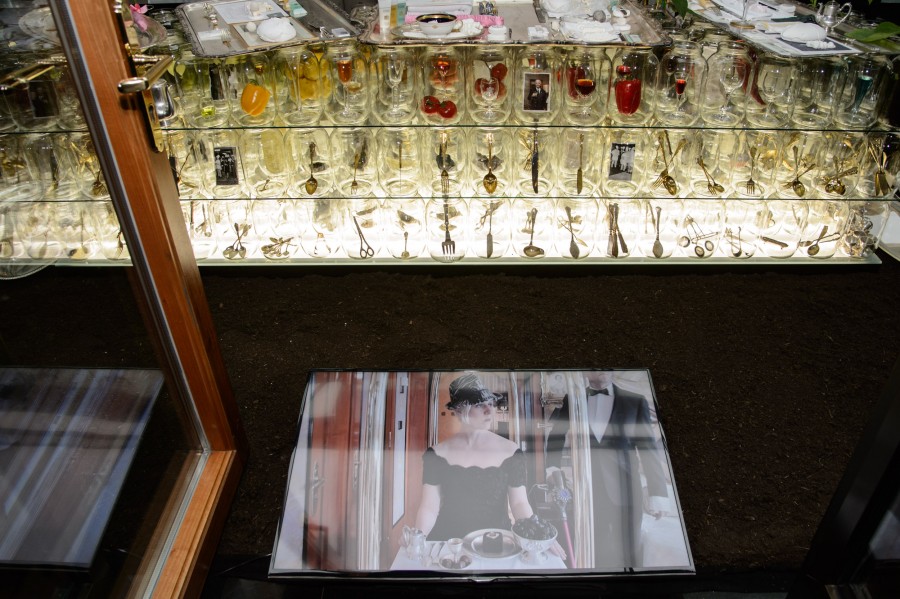 Hundreds of large preserving jars laid on top of each other will showcase the Hotel Bristol’s history, presence, and future under the title eat | CONSERVATION | art. “The Hotel Bristol has had an eventful history. The Hotel Bristol is living history. At the Hotel Bristol today the history of tomorrow is made”, says honey & bunny co-founder Martin Hablesreiter. “We want to showcase the centennial essence of the Bristol in preserving jars”. The idea behind it: At the Winter Garden on Mahlerstrasse hundreds of jars are laid on top of each other to form a table-high, illuminated cube in the shape of an altar. Each jar is filled with memorabilia. Diverse cutlery, porcelain, photos, menus, serviettes, and even sanitary products and cleaning utensils are preserved in a jar – just like the traditional hotel’s past and future.

The table area of the illuminated souvenir is laid with porcelain, glass and silver from the Hotel Bristol’s centennial culinary history. “But something seems odd with these table settings. We play with conventions and arrange food objects according to our own systems and perceptions. A tablet among the objects, for instance, serves as a video screen”, explains Sonja Stummerer, the second half of honey & bunny. The tablet features a video presenting Stummerer at dinner in a Hotel Bristol Suite (see photo). With a touch of irony, honey & bunny play with time-honored rooms, furniture, and luxurious tableware.

Hotel Bristol Vienna. Hotspot of art and culture. Hotel Director Simone Dulies is proud of the Bristol’s cultural past, presence, and future. “During the last few years our Salon Opera has become a musical hotspot for opera aficionados, and the Bristol also has often served as location for exclusive photo shootings by renowned photographers. Stars like Leonhard Cohen, Woody Allen or Robert Dornhelm appreciate the hotel’s atmosphere when in Vienna. As impressive the Bristol’s history is, as exciting will be its future.”