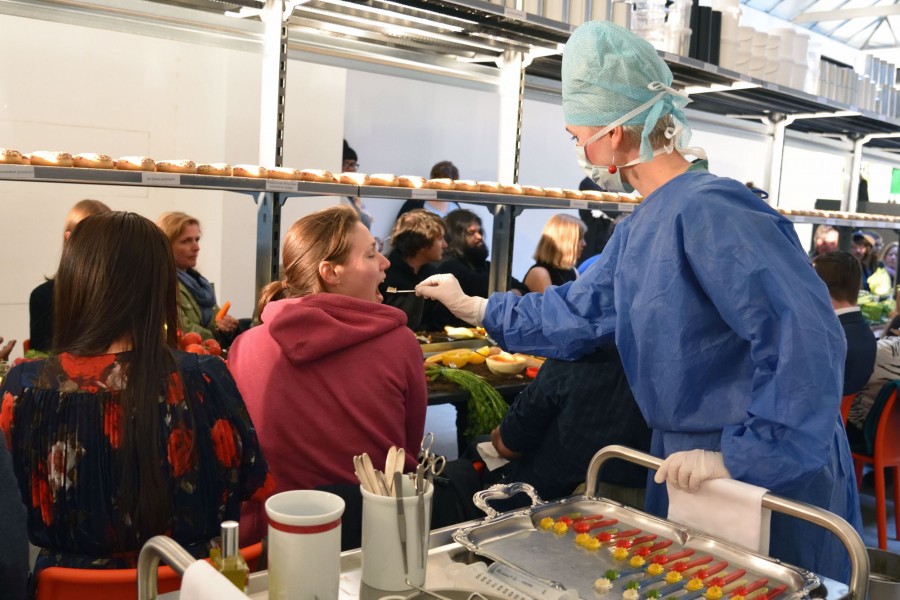 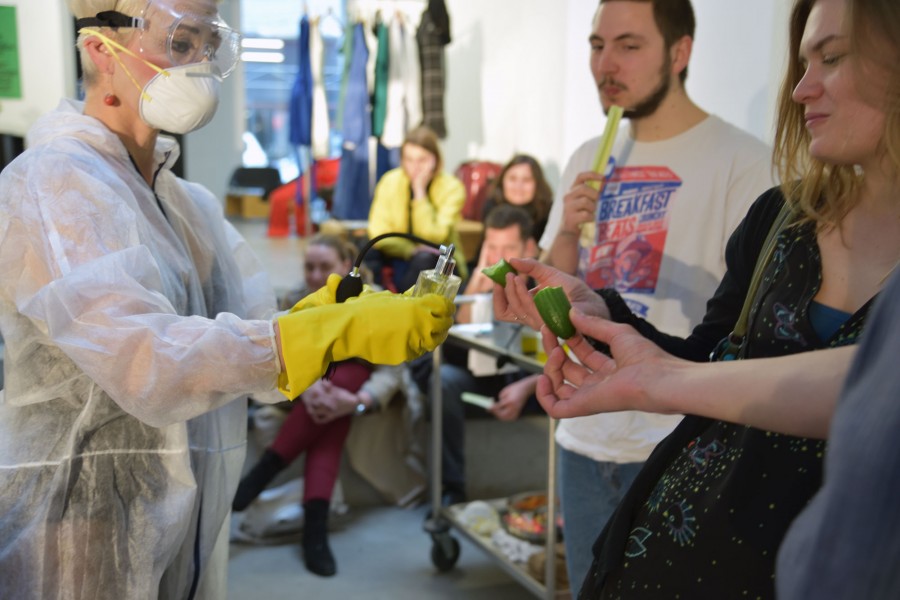 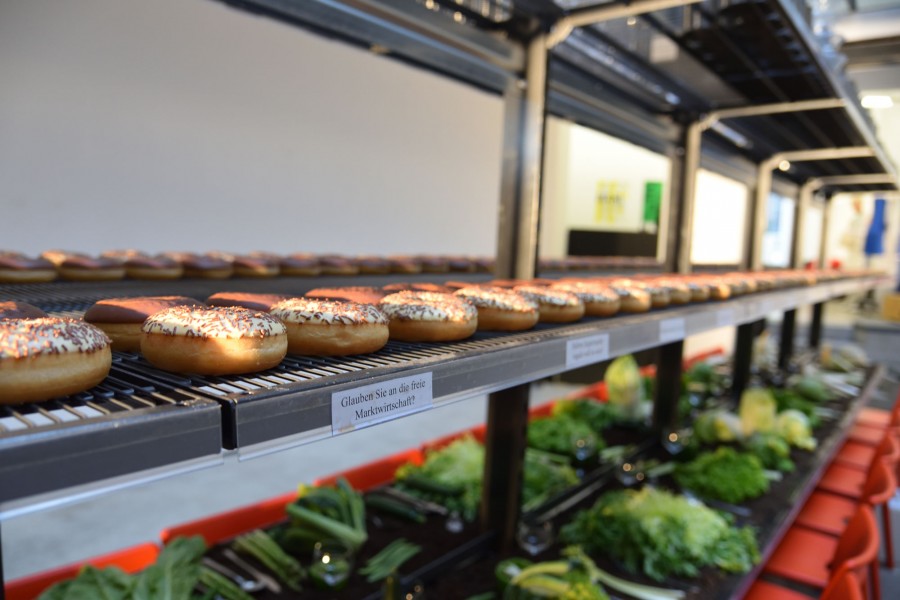 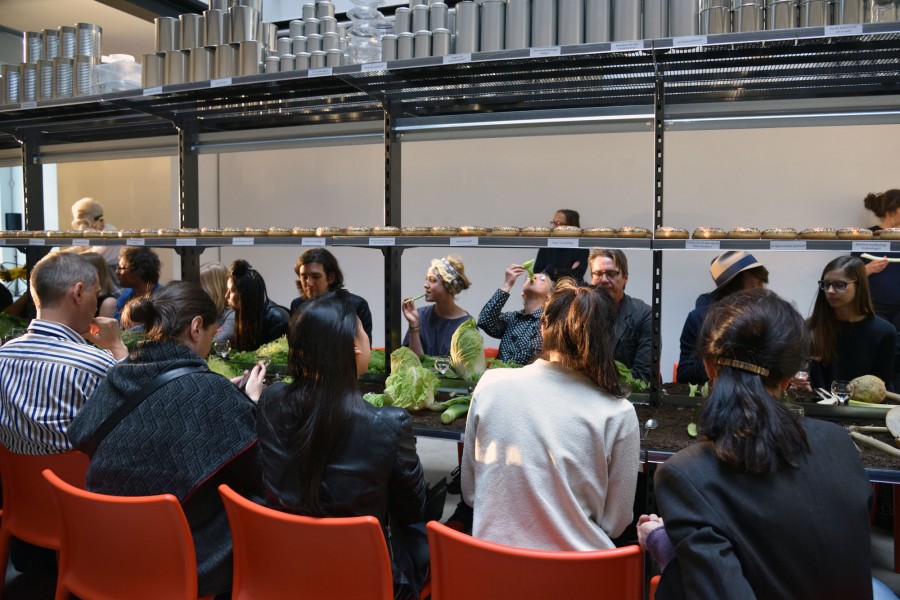 Given the current social, political, economic, and ecological developments, the field of industrial design requires, in our view, a realignment. Topics, such as climate change, social inequalities, or the problems of overproduction and overconsumption, can not be excluded from a reflective discourse on design. Only a few years ago designers contributed to significantly to the digital revolution with their concepts and approaches to problem solving, so they could today help to carry a reversal towards a more conscious use of natural resources – a “sustainable revolution”. Because design sits at the intersection of conception and production, and it is therefore significantly involved in the consumption of all types of resources. Industrial designers make, by definition, objects for the “market” and subordinate themselves (out of necessity) to this system of industrial production, mass production, and mass consumption. In our world, objects are consumer products and are treated as such. If designers wish to include sustainability as a design parameter in their work, they have to question this system of continuous economic growth, overproduction, and mass consumption. Whether the “Western” world decides for or against sustainability, it will ultimately have to decide on the fate of the “objects.” The object is the subject of capitalism. It is the epitome of consumption and waste – the case of the economic system. Whether it is the use of “dirt raw materials” like rare earth elements, the unjustifiably high consumption of water, land, or energy, the basis on which grocery stores market their products, preferring sales quantity over product quality, or even the poor working conditions in production facilities: the industrial object is the antithesis of sustainability. After all, goods are not only material products, but also the sum of all resources, which went into their production and disposal.

Industrial design is largely invisible. The vast majority of industrial design includes everyday items such as pens, plastic bottles, or tights, which are not perceived as products designed. As a result of mass consumption, many of these objects have become disposable products. Design thus stands at the crossroads between resource requirements and waste production. Last but not least, sustainability, in the sense of the “Brundtland report” by the United Nations in 1987, implying a balance between ecological, economic, and social aspects, is manifested in the way society deals with “its” objects. Goods are political actors. Considering design from the viewpoint of the responsible use of all kinds of objects, it takes on a large political role. After all, design is ultimately only one medium or means to implement a thoughtful world. “Good” design always comes down to what the objective of design may be. Conventional industrial design is based so far on the principles of mass production and mass consumption. The reorientation of design, in the specific case of product design, towards other aims appears not only conceivable, but rather, in light of current political, social, and ecological developments, mandatory, even if it is questioned sometimes and in some cases whether it is product design (or concept design, transformation design, etc). Design, as an act, even more so as a profession, is intrinsically political and must aggressively accept this challenge!

Sonja Stummerer implemented in August 2015 in Milan, Italy (together with Martin Hablesreiter, under the pseudonym “honey & bunny”) the performance, developed in cooperation with Christian Rammel, titled, “food | SUSTAINABLE | design.” The idea stood at the forefront, in cooperation with five scientists, Mara Miele of the University of Cardiff, along with Catherine Simoneau, Erwan Sauoter, Davy Vanham and Grazziano Michele, all from JRC, to develop an artistic setting and a dramatic composition for a discursive design performance for “Sustainability, Nutrition and Interdisciplinarity.” To aid in this, two workshops (one for three days, another for one day) were held in Italy in advance of the event. The performances themselves took place before an audience of 150 guests, on October 13th and 14th, 2015 in Milan at the Superstudio. This interdisciplinary experiment was repeated on April 19th and 26th, 2016 in another constellation at the “Angewandte Innovation Laboratory” in Vienna, and once again on the June 11th, 2016 in cooperation with the association Arche Noah in the “Wiener Bioschanze”. These events compel us artists and scientists from diverse disciplines, along with the public, to cooperate and be willing to learn from one another.